In Memory of Carolyn Decker

Carolyn Decker was a truly amazing human being. She was always filled with kindness, love, and laughter. She touched the lives of so many, and she will be greatly missed.

In July 2009, Carolyn was diagnosed with Ocular Melanoma. Her family, like many other families dealing with the news of Ocular Melanoma, were shocked. Cancer in her eye? How is that possible? Carolyn never let it get to her though. I can remember talking to her that first day she went through all the tests on her eye. She never once complained or questioned why she had this disease. Instead, she told me how it broke her heart to see children with this terrible disease, and how she wished she could just take it away from them, so they could have a normal life. They ended up removing her left eye, but her life went on like normal. She just told jokes about only having one eye and referred to herself as a “One Eyed Jack”.

Months later, they had found that it had traveled to her liver. Even then she never skipped a beat. Liver cancer wasn't going to stop Carolyn Decker. She climbed in her Ford Explorer and was going to see those grand kids as much as possible in between her treatments. She literally had her weekly blood work done at hospitals across the country, because she didn't want to stop traveling. We tried to count how many places she had been since she was diagnosed with cancer, and we couldn't, because the number was too large!

In August 2011, Carolyn was in DisneyWorld with some family and broke her leg. It was later found out that the cancer had progressed to her lungs and bones. They got her back to the hospital near where she lived, where she was constantly surrounded by her family and friends. She even received a new daughter in law, me. Her son, Chris, and I were married in her hospital room, and she was the happiest woman on earth.

On September 5, 2011, Carolyn passed away from liver failure. She truly was a wonderful woman. She was loved by so many, and will be greatly missed.

Thank you for your love and support.

-Carrie
Please donate to the Ocular Melanoma Foundation in memory of Carolyn Decker.
If you have any questions or want further information about Warrior fundraising with OMF, please email info@ocumel.org. 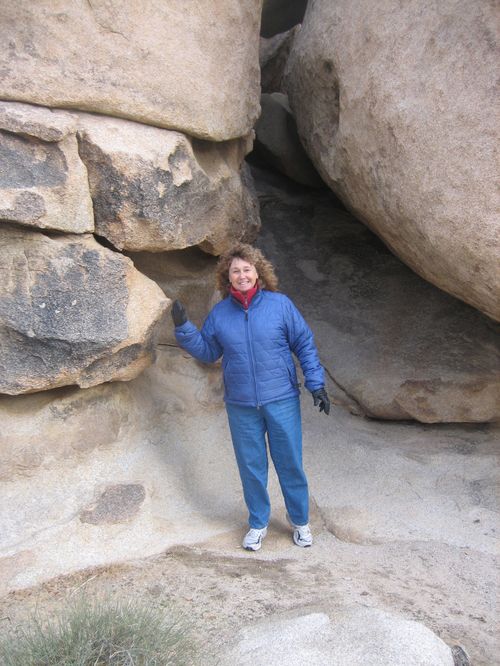