In Memory of James Andrew Warner

From his sons, John and Michael:

Our dad, James Andrew Warner, was a selfless man. Before he ever thought about himself, he thought about his family. He was always there for us. He loved us. He provided for us. He gave each of us emotional support through tough times in our lives. Whenever we needed guidance, he always did his best to help us through difficult decisions. And no matter what, he was always supportive of whatever decision we eventually made.
He was a simple man at heart. He enjoyed playing chess, was a fan of Philly sports, loved to read, and was a deacon in our church. Our dad was a loving husband who always did his best to do right by our mom. They were always a team and both worked hard to take care of us. All in all, he was never one for extravagance. He didn’t need the finer things in life to feel content.
His life philosophy was rooted in morality, and he made sure to remind us of its importance in leading a fulfilling life whenever he had the opportunity.
He discovered that he had a tumor in his left eye in June, 2013. It was a difficult time for us. Doctors were able to save his eye by using a new type of treatment. Though this treatment left him with little vision in the eye, we thought that we had dodged a bullet. The cancer appeared to be gone, and we thought that was the end of it. But in November, our dad received an MRI scan of his liver, and unfortunately, doctors discovered that he had multiple tumors there.

When our dad told us the news, we were devastated. We had no prior knowledge of ocular melanoma. We did some research and soon found out how aggressive this type of cancer can be. We all were worried what might happen to dad. He received some consultation about treatments, but he was really against using radiation or chemo. He tried to use other alternatives, but we soon realized they were not effective.

Dad had to go to the ER in mid January, 2014. He had extreme pain all over his body. After another MRI scan, it was discovered that he had a large blood clot in his liver, due to complications of the cancer. He was placed on blood thinners which saved him from the clot. But, we were told that, at this point, it was too late to start any new treatments since the cancer was so advanced.

Dad came home to be with us in his final days. He was even able to walk, talk and eat a little when he first came home. But, within days, his condition worsened. He wouldn’t eat, and he would hardly drink. He started to sleep most of the time. Occasionally, he would speak with us, but he would often lose his train of thought. And a few days later, he was hardly talking or able to move. On the evening of February 4th, 2014, dad gave a few last gasps for air and then stopped breathing. We were all there by his side to comfort each other when he finally passed.

We were grateful for the time that we had to spend with him, while he tried to cope with this disease. We were able to tell him how much we loved him, and how great of a dad he really was. Even a few days before he passed, when he knew his time was close, he told us one last time how much he loved and was proud of us. We’re so sad that he was taken so suddenly from us, but we hope that our dad’s story will help others facing a similar situation.

To other families that are fighting this cancer, we hope you understand that you are not alone. Ocular melanoma is a rare, terrible disease. But, hopefully, one day in the near future, we will find a cure. 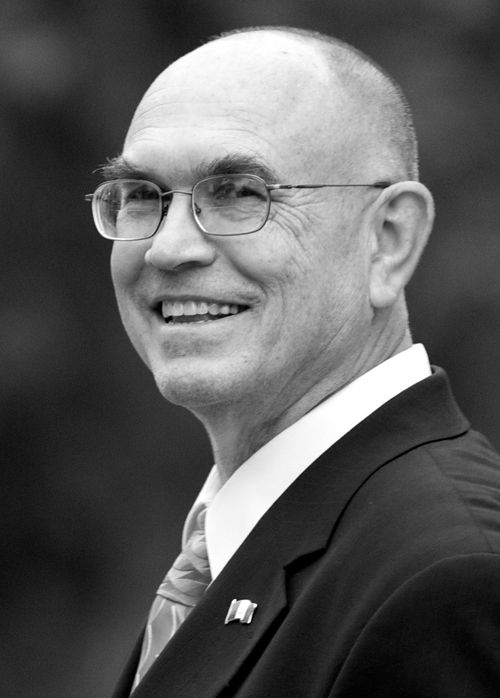 <Back to Tribute Pages