In Loving Memory of James B. Wallace

Jim was diagnosed with Ocular Melanoma in September of 2006. Until then we had never heard of Ocular Melanoma. Jim complained that his left eye was blurry. After a complete eye examination with Mann Eye Clinic we were referred to the Retina & Vitreous Specialists in the Medical Center where he underwent a battery of tests by several more doctors. All tests indicated there was a tumor in his eye and we were at once referred to a doctor at MD Anderson Cancer Center where Jim was diagnosed with Ocular Melanoma. Our lives were forever changed.

OM is a lethal and very rare disease. Around 2,000 people are diagnosed with OM annually in the US. Unfortunately, not all doctors are aware of the extraordinarily aggressive nature of this disease. This type of cancer is misunderstood by most people; many of whom never knew you could get cancer in your eye. After being told that the radiation plaque and eye removal produce the same survivor rates for OM and after much prayer we decided on the radiation plaque as our form of treatment. Jim was certain that he would beat this hideous disease. The radiation destroyed the cancer cells in his eye and was followed by three laser (heat) treatments. As Jim was basically very healthy most people would not know by looking at him he was battling a potentially fatal disease. He remained positive, determined and hopeful.

Whenever Jim’s doctor would dictate the results of our visits he always commented on Jim’s upbeat and very pleasant attitude. Jim never lost his sense of humor nor his determination to win this battle waged against him. His trust and faith that he would survive this disease never wavered. Once the cancer cells in his eye were destroyed the tumor shrunk. Jim had some loss of vision in his eye but the cancer was gone. It seemed we had overcome this terrifying disease. We thanked God and resumed our lives for now.

But less than three years after the initial diagnosis the CT scans revealed Jim’s liver had “suspicious” lesions which led to a liver biopsy. Our worst fears were realized….the cancer had spread to his liver. There is no known cure for metastatic Ocular Melanoma. When Ocular Melanoma spreads to the liver, which is a common complication, many people die from it. We were devastated. We knew we needed a miracle or a cure. We prayed for both.

The cancer cells are seeded in the blood stream that is how they travel. OM is not related to blood cancers such as leukemia, myeloma, etc. another misconception of this poorly understood cancer. The Ocular Melanoma Foundation is working diligently to bring better awareness to patients diagnosed with this disease and their families.

Jim was given Hepatic Chemoembolization to treat the cancer in his liver.
If this treatment didn’t work we would try PHP…Percutaneous Hepatic Perfusion.
Sadly, none of the treatments offered are very effective. Our doctor suggested we pray that the tumors would be sensitive to the chemo. We prayed continuously. After three treatments we were told the tumors had “liquefied”. We hoped the tumors would shrink. This is more than we hoped for. Our prayers were answered. Praise God! Jim’s faith and trust remained strong. We were grateful and thankful.

Jim’s doctor called him after the third treatment to say he would not need any more chemo for awhile. The oncologist administering the treatments was pleased with the results. We were told Jim had an excellent response to the treatment. They would just keep an eye on his liver to see how the very small lesions remaining progressed. Other than some weight loss which was partially due to a change in his diet Jim didn’t look or act sick. His attitude remained positive; we believed he was on his way to being well again. We give God all the glory for this. We were ecstatic!

Jim had a passion for life, his family and friends and for serving God. He had a lot of living to do yet. He needed to get well. Given our faith, trust and so many prayers offered on his behalf we had hope that we would beat this monstrous disease. However, in a matter of a few weeks all went very wrong. The day after Thanksgiving (2009) we went to the ER at MD Anderson because of swelling in his ankles. The CT scans indicated he had developed a blood clot in an artery in his liver……a complication of the treatment. We knew, short of a miracle, we would not win this one.

On December 8, 2009 Jim lost his battle with Ocular Melanoma which had metastasized to his liver. Our family now struggles to live in a world without Jim. We love him and miss him every day. In honor of Jim’s courageous battle with this insidious disease and in memory of this very special man, devoted husband, loving father, grandfather, friend, please join me in my mission to raise money for research in hopes of finding a cure for Ocular Melanoma. All contributions are gratefully appreciated.

Thank you and God bless you. 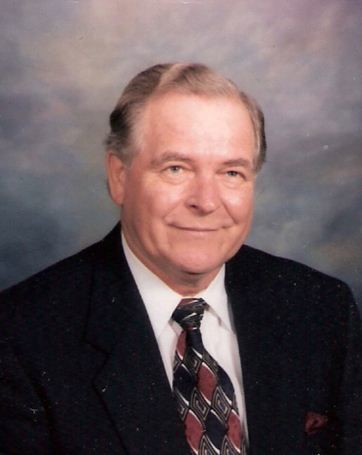 ​< Back to Tribute Pages