In Memory of Lee Bullington 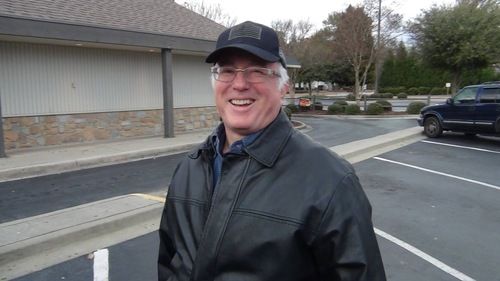 ​I remember the first time my brother, Lee, called to tell me he had uveal melanoma.

"Are you sitting down?" he asked.

I was in the middle of a 16-mile training walk in preparation for the Avon Walk for Breast Cancer. There was nowhere, really, to sit, and nothing to lean against except a tree.

"Your baby brother," he went on, "has eye cancer."

Eye cancer? Who even knew there was such a thing?

A few minutes later, stunned, my friend and I were sitting in a nearby coffee shop (because walking any more that day seemed irrelevant compared to absorbing what I'd just heard), and a woman passed by carrying a beautiful purse. I commented on her bag.

"Thanks," she said. "I made it while I was caring for my mom in her last days of uveal melanoma."

And doesn't that about sum up how quickly and aggressively this thing moves?

Lee's first indication of any problem was a change in his vision. He went to his eye doctor, who referred him to another doctor who informed him there was a tumor in his eye. In short order Lee and his wife, Barbara, were on their way to Emory, where the tumor - and his eye - were removed.

Here's the thing about my brother, though: he is a trouper. One of the most determined people I have ever known, in all the good ways. And he's a laugher, someone who always sees the humor in things, and the little smiles that link all us humans together.

So when he had to get a prosthetic eye, he made all the Columbo jokes, the Sammy Davis, Jr., jokes, and I swear, somehow I thought that was going to be that. They got the tumor, they took the eye, but after that, all signs were clear.

Did I mention he was determined? He was determined not to let it keep him from enjoying life fully. He dubbed himself "The One-Eyed Patriot" and started making YouTube videos about survival skills. He wasted no time in doing some renovations to the house he and Barbara had bought. And they continued to dance.

That's another thing about my brother. He loved life fully. He used to love to sing karaoke, and when he met Barbara at karaoke six and a half years ago, he wooed her by singing "You Are So Beautiful." From then on out, whenever I saw them together, either at home or out in public, they would dance. They really did fully enjoy one another.

He also enjoyed his family—all his kids and stepkids—and his grandchildren.

He was my baby brother, but he taught me a lot—about perseverance, about love, about consideration of others. Watching him live his life—and watching how much he did for others—was a joy.

Lee had just had a six-month liver scan in February 2014, but in May that year the doctors found that the uveal melanoma had returned. This time the tumor was behind the good eye... and the cancer had metastasized in his liver. In what seemed like no time, he discovered tumors growing in his spleen, his lungs, all over.

At one point he and Barbara went up to Boston for a consultation at Dana Farber. They recommended a course of immunotherapy, which he did when he got back home to South Carolina. That was in the fall of 2014. I know the docs did not expect him to live much longer, but did I mention that my brother was determined? He had a long list of things he wanted to do for Barbara, to make her life easier after he went—and darned if he didn't finish every single thing on that list.

Lee was a man of strong faith. Between his faith, his determination, the immunotherapy, the love and support of his wife, and the prayers of so many people who knew him and countless others who didn't, he hung in until October 18, 2015, when his body gave out. He was 56. I think he had a lot more fishing to do, a lot more dances he no doubt wanted to do with his wife, and people to lend a hand to.

Uveal/ocular melanoma is a four-letter word, folks. It robs us of some of our best. And because it is such a rare illness, there has been so little done in the way of research. When Lee passed away, I called Dr. Haq, who had treated him at Dana Farber, and asked about the Ocular Melanoma Foundation. He told me they are doing some great work. This is why we're here. Please help out in whatever way you can. And get your eyes checked!

After graduating in hotel/restaurant management from CPCC in Charlotte, Lee established a solid career as general manager of several hotels, including overseeing the renovation of the Sheraton in downtown Columbia. Five years ago, he earned a real estate license and loved helping people find new homes.  Lee was not a hunter but loved campfire time, animals, fishing, and guns. He earned the status as Life Benefactor Member of the NRA in his effort to keep the 2nd Amendment alive and well.

After being diagnosed with ocular melanoma four years ago, Lee lost his right eye. While recuperating, he watched survival videos on YouTube and soon created his own channel called "The One Eyed Patriot," sharing what he had learned about various skills needed in the great outdoors.  That led to his having thousands of friends all over the world.  His goal was to encourage others to never ever quit.

Lee was a proud, active member of the Rotary Club of Lexington, having earned their highest award, the Paul Harris Award. In addition, they created the Lee Bullington Spirit Award in his honor, for his brave and continued fight against the ravages of ocular melanoma. He was told that the award was created because when he was first questioned about having just one eye, he replied that he always had another one.

Lee was one of those people who never met a stranger and always had a good word to say, often something that would leave others with a smile or a laugh.

In addition to his well-known humor and love of people, Lee had a strong patriotic love for America and revered the U.S. flag and the Constitution. He received the flag that flew over the U.S. Capitol from Congressman Joe Wilson. Lee was appointed an honorary Kentucky Colonel and held the designation proudly, blending true American values in his business and personal life in hopes of making a difference. He will be sorely missed.

The family would like to thank Tri City Hospice, REMAX Realtors, and Lexington Rotarians for their support, love and care. Barr-Price Funeral Home of Lexington is assisting the family. 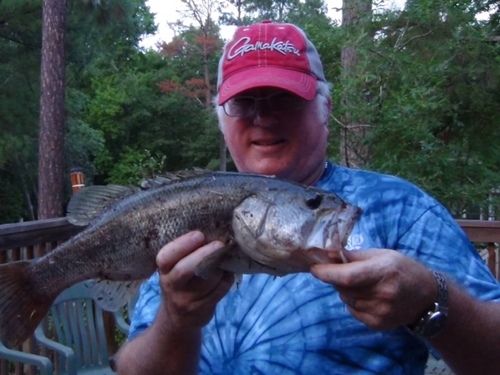 Ocular Melanoma is a rare disease.  Therefore funding for research to find a cure is very limited at this time. Contributions in Lee’s honor can be sent to the Ocular Melanoma Foundation. 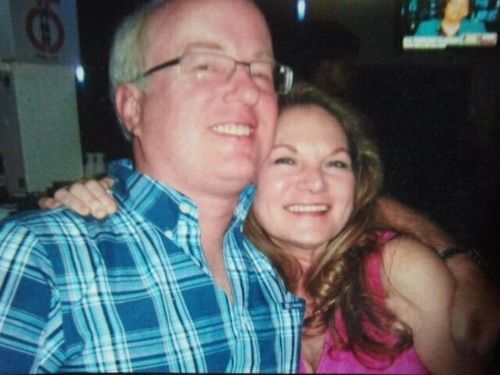