In Memory of Scott Gaulin 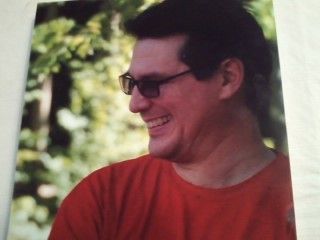 Scott was a special guy that touched many lives. He is so missed by his family and numerous friends and acquaintances. Scott worked for Lonza as a bio technician for many years. Scott gave his heart to Jesus, was baptized and God took him home September 23 2014.

Scott's passions were arcade games, computers, and his Buick Grand National. Scott loved his Buick Grand National and was the webmaster for the New England Buick Racing Assoc. Scott was very good with trouble shooting computers and building them from scratch. Scott also had a great love of restoring classic arcade games. He was a member of the American Classic Arcade Museum. He put together a game room in his basement with several arcade games and called it “The Game Pit”. He ended up donating them to Funspot at Weirs Beach Laconia NH where there is  a memorial spot for Scott with his donated machines.

In 2001 Scott was referred to Wills Eye Clinic in Philadelphia where he was diagnosed with Ocular Melanoma. Drs. Jerry and Carol Shields felt they could save the eye and decided to do plaque radiation and laser treatments. Scott was told he needed chest X-rays every 6 months and a liver scan each year.  All went well until the fall of 2011 when his chest x-rays came back suspicious. He had surgery in December, and it was confirmed that the cancer had metastasized in his lungs. At this point he had stage IV cancer. An appointment was made at Dana Farber to see what options there was. Scott went on a clinical trial called Yervoy. It seemed to be working, but then it stopped. Scott went on another trial. He stayed positive and continued to say he would somehow beat this cancer.

In honor of Scott's courageous battle with this horrible disease, please join me to raise much needed money for research to find a cure for Ocular Melanoma. There are so little funds available for this disease. No contribution is too small. Contributions in Scott’s honor can be sent to the Ocular Melanoma Foundation at 1717 K St. NW, Suite #900, Washington DC 20006 or by clicking the blue donate button on the right.