In Memory of Shirley Dianne Loubiere

My mom was the most genuinely kind person I have ever known. She honestly cared about people, and took a deep interest in their lives...in today's society; we call this Face book stalking. She delighted in the joys of other people: their weddings, birthdays, or the birth of a child. She was the kind of person who could never say anything mean about anyone. I remember going through the Taco Bell drive thru with her when I was in high school, and the girl on the other end made fun of the way my mom mispronounced the word Fra-hitas. I was so angry, and as we pulled forward I told mom I was going to give her a piece of my mind. Mom turned to me and said, "Don't do that Leah.  You don't know what her day has been like.  She could have a sick child at home."  As simple as this story may sound, it's one that has always stuck with me. My mom showed so much strength and grace in that silly everyday moment, and I've never forgotten that. When I would start to feel angry about her death, about losing her too soon before my future children could meet their Mimi, I could hear her reminding me of how good we had it--of how some little girls never even get to know their own mother. She's right though, I did have it pretty great, and although I will never be able to take back all the times I was too embarrassed to be around her when I was little and she bounced around in the car singing, "Go Johnny go go go," I can promise to do the exact same thing to my kids. To find the joy in everyday things, like your favorite song on the radio.  To forgive and show grace, even when I've been wronged, and to love my family unconditionally. This is who my mother was, and this is how I hope to be.

May 2008: Original diagnosis Choroidal Melanoma - too large to do treatment (18/11mm) pushing against eye lens

May 2011: Mets discovered in Liver and between breast tumor.

July 2011: Takes about a month to recover from surgery.
Next step to schedule appointments with Surgeon/Oncologist/Scans for Sept.
Sept 2011: CT Scans were all clear. Very good report. Our oncologist recommended deferring genetic testing until we needed treatments, as they are developing new treatment options very fast. Next step is scans in Jan 2012.

Sept 2011: Dermotologist removed what was thought to be a simple mold, turned out to be OM Met - took 3 weeks to determine as they had to send it off - Dermotologist never saw OM Met before now. Continue with plan to remove tumor prior to treatments.

March, 2012: scheduled to start on Yervoy, oncologist have change of mind. Now want to start on Sutent, insurance approved. Reasoning is that side effects are less and can try Sutent then yervoy if sutent doesn't work. But can't start on Yervoy and then Sutent. Have to be off yervoy for a while.

April 2012: Completed first round of Sutent - 50mg pill once per day for 28 days and then off for 14 days. The blood platelets and white blood cell count dropped below normal. Liver function test was slightly elevated. Blood test will be done next week to make sure they return to normal before starting round 2. The side effects were mainly to right hand that was servere dry skin and sore - but bearable.

June 2012: Completed 3 rounds of Sutent - 50mgs each round. Side effects got worse each round, but blood work improved, which gave us false hope. Scans revealed that liver tumors grew but not as fast as they could have. Lung tumors were about the same.We're going to "Plan B" - SirSpheres and Yervoy. We have an appointment next week for angiogram to see if SirSpheres is option. I can not stress how much blood work results mean nothing. If blood work shows a problem - its too late!!!

July 2012: Did the mapping for SIRTS or Sirspheres in early July, then did the actual spheres injection on July 31st for the right side of the liver. Will do the rest of the liver in about a month. Both procedures took about 5 hours with about 2 hours in recovery. On steroids to help with fatigue and antibotic for infection. So far so good, Dianne feels good.

August 2012: Completed the second round of theraspheres, same procedure as before, just on the other side of the liver. Everything went according to plan. A mamogram showed some spots in both breast over a year ago. Another mamogram this month showed that one of those spots grew a little. We'll probably have to biopsy it to see if OM or something else. Really won't do scan to see effect of SIRTS until late November or early December.

November 2012: Oncologist scan early to see effects of SIRTs, The liver was still a little swollen, but he seemed to think the tumors didn't grow. The breast tumors biopsy confirmed OM mets. Our next step is to start the Yervoy (ipilimumab) treatments within the next few weeks

Dianne's first infusion of Yervoy occurred late November 2012. Blood work was performed first to make sure liver was functioning well. An IV drip of saline solution is started and then a series of pre-treatment medications was given (tylenol; benedryl, pepcid, and a steroid) was given to ward off potential side effects. Finally the yervoy is started in place of the saline solution. They fed it in over a period of 90 minutes. Then a ten minute rinse with the saline solution and the procedure is complete. After 2 days, she's hasn't notice any side effects or problems. They'll check blood work every week. The second treatment is schuduled in 3 weeks.

January 24th: completed 4th infusion with little side effects so far. I believe the pre-meds help quit a bit. We aren't scheduled for scan until April. Will see effect of treatments then.

April 5, 2013: 10 weeks after last infusion of ipi - scans were not good. Tumors grew in liver three big tumors (2cm, 5cm, 9cm) and multiple smaller tumors. Tumors in both lungs had grown. Breast tumor grew. New spots detected on kidney and pancreas. Blood work was all normal. Oncologist wants to do a 5th infusion of Yervoy and scan again to make sure we give it enough time to take effect.

July 2013: Quality of life getting worse for my wife. She has tumors all over her body and one on her back that is causing some pain. She's gets fatigued easily and has lost 40lbs since the first of the year. However, blood work still looks good. Don't know if this is a sign that the ipi is starting to work or the cancer is spreading. No clinical trials available for her at this time.

September 9, 2013: for the first time the blood work indicates liver is starting to fail. She is being put on steroids to reduce the swelling, improve her energy level and appetite. Also, has a higher strength pain prescription for the back. Hospice nurse is being schedule to visit once per week to monitor her progress and report back to oncologist.

October 14, 2013: Dianne is no longer able to move around by herself. I had to call in hospice who brought in hospital bed, oxygen, and other aids. We've call in the kids as it won't be long now.


OBITUARY:
After a nearly 6-year battle with Ocular Melanoma, Shirley Dianne Loubiere of Mineral Wells, W. Va., passed away peacefully at home on Oct. 16, 2013, surrounded by her loving family.

Dianne lived a full life during her 63 years. She was a special friend to many and stranger to none. In addition to her immediate family, she is survived by her sister, Joyce Neely and husband, Darrell, of Jackson, Tenn., Woodie Pritchett and his wife, Becky, of Simsboro, La., and Kay Buckley of Oologah, Okla., including many faithful friends in Franklin, La., Washingtonville, N.Y., Portland, Texas, and Parkersburg, W. Va.

Her father, Woodrow Pritchett, her mother, Mary Ella Pritchett, and her sister Alice Fay Bennett, preceded her in death.

In lieu of flowers, the family requests that donations be made in Dianne’s name to the Ocular Melanoma Foundation (www.ocularmelanoma.org). 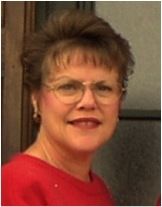