In Memory of William M. Wright 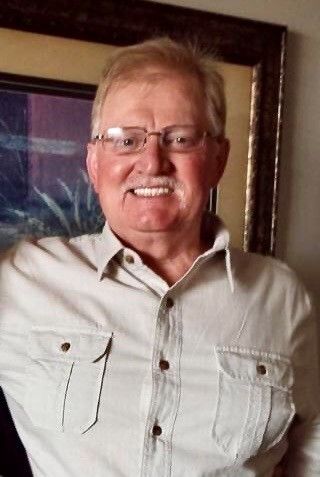 William M. Wright, 72, passed away with his family by his side holding his hands on 7/28/2020 at 12:36am. He was born on 5/28/48 in Sullivan, Indiana.
Preceded in Death by his Mother, Billie Wright.
Survived by Father William C. Wright (Betty), wife Patricia of 49 years. Married on 3/20/1971 in Sullivan. Children-Renee Garland (Bryan) of Clearwater, FL and William (Bub)Wright Jr. of Hoboken, NJ. And Grandsons, Zackery, Nathan and Jacob. Siblings Rick, Jeff, Tammy Ladd (John)and Robin Smith.
Known by his lifetime friends as Billy Mike, work associates as Bill, Mike as known by most throughout his life including family but his most loved name of all.... Papa Dude!

A Sullivan High School graduate from Class of ‘66. He carried the football for the golden arrows for 4 years and always loved driving by the football field. After serving in the United States Navy, he went back to school and graduated from Indiana State University graduate Class of ‘77.
He took what today’s kids call a gap year and worked for Crane before he went to serve our great country.
Mike spent 4 years in the Unites States Navy from 67-71 where he specialized in electronic avionics flying in reconnaissance planes tracking soviet submarines in the Atlantic Ocean.
Earning his 32nd degree with the Masons was one of his lifelong commitments starting in 1973 in Praireton, IN to his current lodge in Sullivan.
He had a very long 26-year career working for the Dept of Justice for the Federal Bureau of Prisons. Starting in Terre Haute in 1972; He advanced his career by making transfers all over the country. Him & Pat would pack up the U-Haul and the kids and off they would go to the next place. California, Virginia, back to Terre Haute, Arizona, Wisconsin, Washington DC, back to California where he retired as Associate Warden at the age of 50.
Mike had many hobbies that he loved. He has been an avid NASCAR fan for decades traveling to many tracks all over the country. His favorite yearly trip to Talladega with the family always made for some funny stories! Being a Perfectionist, he was one of the very few people that can ever achieve earning the “300 ring” for the sanctioned Perfect Bowling game!
He was a supporter of his kids and grandkids in all of their ventures in life.
He documented his Grandsons lives through his yearly Christmas story, an ongoing biography of their lives, titled “King of Mario Land”.  And of course- He was the King!
After he learned he was diabetic, he decided to get fit and get fit he did. Dropping weight and becoming the strongest 60-year-old man we know, lifting more weight than even his grandsons.
He could basically fix anything! And if he didn’t know how to do it; he would figure it out. As a matter of fact, at the tender age of 69, he decided to learn to play guitar on his own and did just that! Even after losing his left eye to the cancer in early 2019, he continued to strum and learn the instrument. His love of music was evident in the concerts and playlists that he had! From the 50’s to current artists- ultimately music is what soothed his soul.
Keep on rocking Papa Dude!
In lieu of flowers, donations may be made to Heart to Heart Hospice of Terre Haute or OMF Ocular Melanoma Foundation.
A visitation will be from 12:00 PM until 2:00 PM on Saturday, August 1, 2020 at Brust Funeral Home in Sullivan, Indiana, at 12:30 PM the Sullivan, Shelburn and Hymera Legion Post along with the Sullivan County VFW Post will honor William with a military service. A masonic service will be held at 2:00 PM, Saturday, August 1, 2020 at Brust Funeral Home in Sullivan, Indiana followed by a memorial service with Pastor Lynn Dunning officiating.